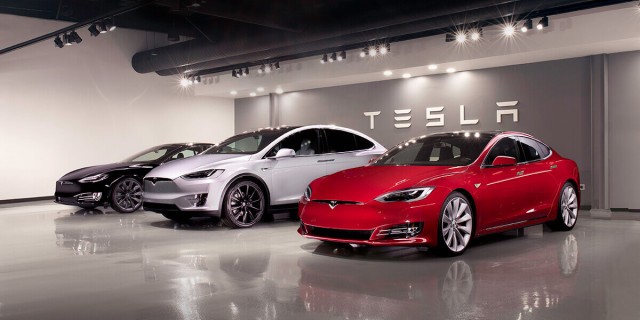 Tesla reported profits, and revealed new model lineups for its Model S and Model X—and another price cut. Volkswagen announced it will build a concept electric dune buggy for the Geneva auto show. Details of the upcoming Porsche 911 Hybrid have emerged. And Shell has bought its first charging network in North America. All this and more on Green Car Reports.

Profit reports are key, especially for a company like Tesla that has built a following of evangelists hoping to change the world, but whose ability to survive hinges on shoring up its shaky finances. In its most recent quarterly earnings call, Tesla revealed that it turned a profit and built up its cash reserves in the last quarter of 2018, while producing more cars than ever before.

The company also cut prices and introduced new base versions of the Model S sedan and Model X SUV with shorter range batteries limited by software, not cells.

VW will add to its portfolio of throwback electric models, at least in concept, with a new concept version of the classic Meyers Manx dune buggy based on the company's new "affordable electric" MEB architecture. It will reveal the concept at the Geneva auto show in March, and is considering putting it into production.

U.S. charging network operator Greenlots announced it has been bought by oil giant Shell. Shell has been gradually expanding into the electric-car charging business, but Greenlots chargers will be its first in the U.S.

Details have leaked out about two new hybrid systems that Porsche plans to put in its new 911. Unlike Porsche's other models, however, neither will plug in.

Finally, there could be some consolation this weekend for fans whose team loses the Superbowl. Ride sharing service Uber is offering free rides in Los Angeles or Boston if their team loses the big game.