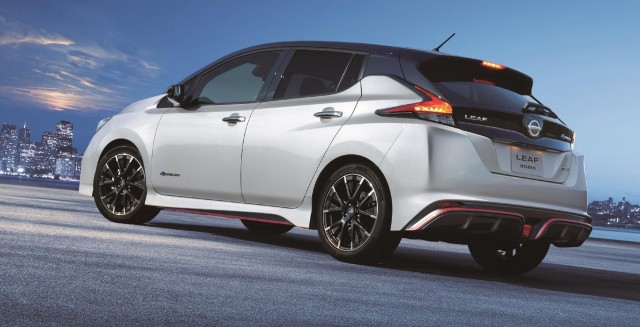 A new cost breakdown shows Tesla Model 3 profits. Nissan debuts the Leaf Nismo for Japan. EVgo begins using used BMW i3 batteries for its electric-car charging stations. And some German Tesla Model S owners have been ordered to return an electric-car subsidy. All of this and more on Green Car Reports.

The Model 3 is pulling in bigger profits, per the latest cost breakdown. In fact, the electric-car maker could be making up to 30 percent profit on the Model 3.

Nissan revealed the Leaf Nismo with sporting intentions for the Japanese market. The electric car gains typical Nismo touches from the brand's other performance cars.

EVgo has begun adding used BMW i3 battery packs to its charging stations in California. Two batteries each store 22 kwh of electricity to help balance the load on the power grid.

German Tesla Model S owners will be required to return an electric-car subsidy after the government declared the electric sedan actually doesn't qualify.

New tariffs mean Volvo will source XC60 SUVs from Sweden instead of China for the United States.

Finally, Ford is recalling over 500,000 Fusion and Escape models over a rollaway risk.