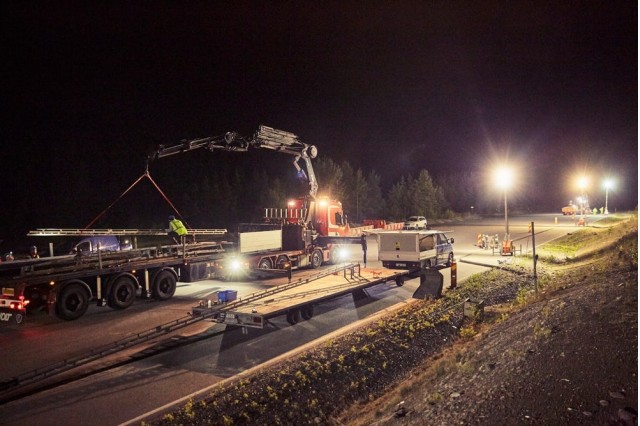 Like so many things, Sweden is taking a different approach to charging electric cars for long trips.

The country has built a 1.2-mile-long slot-car track into a road near Arlanda airport outside Stockholm to test a new approach to charging electric cars and trucks, according to a report in New Atlas.

Three steel rails run down the center of the road with slots between them. Unlike a kids' slot-car setup, the rails are not electrified. The electric contacts are buried in the bottom of the slots beneath the rails to allow pedestrians and other road traffic to cross over the rails without harm.

An electric mail truck that runs on the road has a steel contact arm descending from its belly down between the rails to reach a set of powered third-rail segments below. The contact is retractable and is designed to descend only when it detects the slot below. It also has features to brush debris and water off the track to keep it clear.

The slot-car road is designed to give electric cars a quick charge to carry them along highways, such as between city-pairs, and to deliver electric cars to a distant locale with enough battery charge to their reach their final destination. It is not meant to replace home or depot charging.

Vehicles using it have to have batteries to carry them from one contact to the next and to continue to drive once they reach the end of the road. 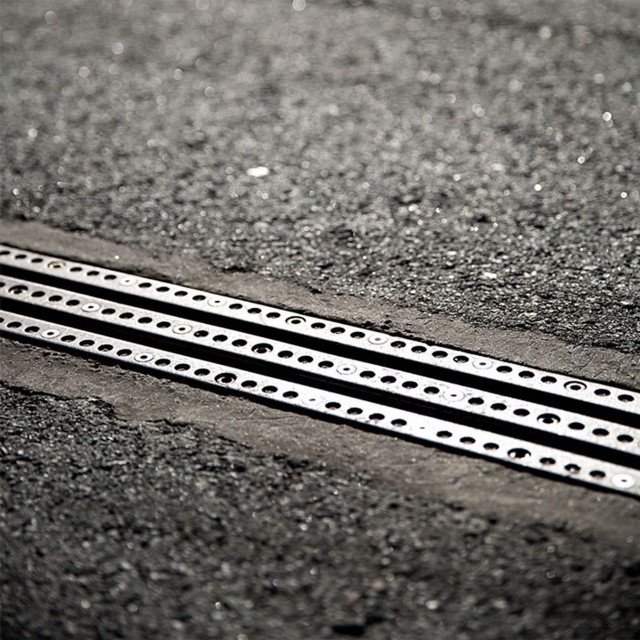 Since electric cars don't come equipped with tail hooks like Navy fighter jets, drivers who want to use the road would have to have the contacts added, much as some companies are planning for wireless charging.

READ THIS: Road for electric trucks with trolley-like catenary opens in Sweden

The concept has been tested on an enclosed track for years, and the Transport Ministry cut the ribbon on the 1.2-mile-long public stretch of slot-car road last month to see how other drivers and road users interact with it.

The Swedish transport ministry says that the slots are narrow enough not to cause problems for bicycles or motorcycles, and the contacts deep enough to prevent accidental human contact. Since the electrical contacts running underneath are intermittent, even those looking for trouble won't necessarily be quick to find it.

If the design is a success, the government plans to extend it to other public highways. It estimates it can roll out the technology to 12,000 miles of roadway for about $765,000 per mile.