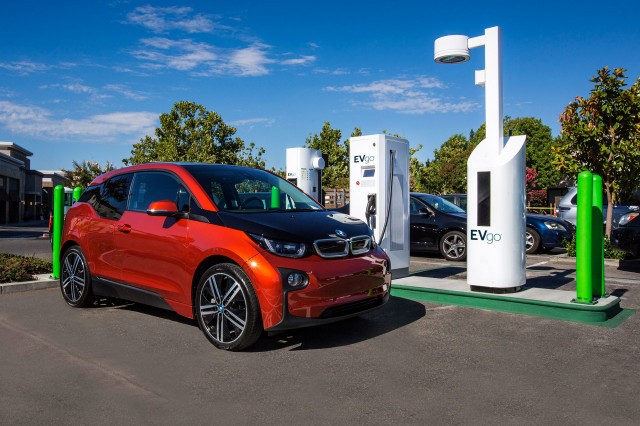 A paucity of plug-in car models available across the United States is holding back electric-car adoption.

That's a major conclusion of a new study by the International Council on Clean Transportation (ICCT)—the organization that helped uncover Volkswagen's diesel cheating scandal in the United States.

The latest ICCT study looked at plug-in car sales in 50 cities across the United States and tracked the percentage of electric cars sold in those cities. 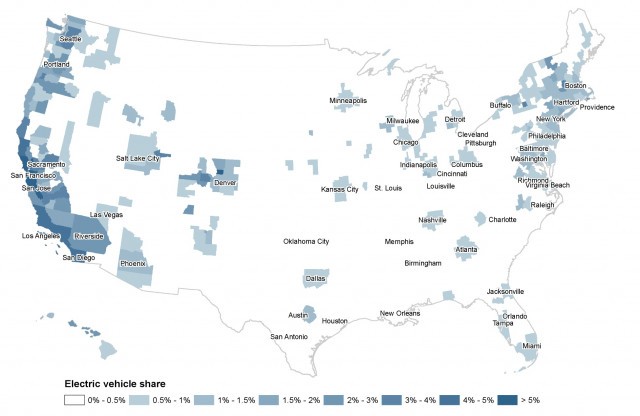 The top five cities in terms of the number of electric cars on the road were all in California. From highest to lowest, they were: San Jose, with 13 percent of all vehicles sold having a plug; San Francisco at 7 percent; Los Angeles, at 5 percent; San Diego at 4 percent; and Sacramento at 3 percent.

Seattle had the highest market penetration outside of California at 3 percent. The city stands out, because the state of Washington does not follow California's emissions standards and does not require sales of electric cars there.

Because of its proximity to California, however, automakers offer more than 20 different plug-in models in the Seattle area. Washington also had a generous incentive for electric car purchases: it waived sales tax up to a purchase price of $42,500. That incentive, however, expired June 1.

Despite sitting in a state that follows California's mandate for zero-emissions cars and having a slightly larger selection of plug-in models for sale, Portland, Oregon, sits just below Seattle in market penetration for electric cars.

The study singles out Portland as the only city with low electric car purchase incentives, yet a high market share. 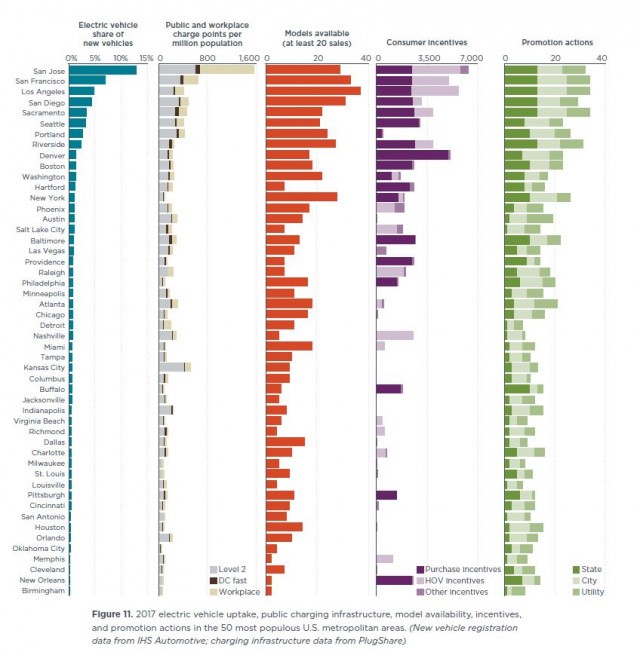 It notes that Portland has much lower purchase incentives than Seattle for electric cars, but has slightly more public charging and does more to promote electric cars. It also notes that many Portland-area buyers may have benefited from the previous tax credits over the border in Washington.

How incentives are structured matters too. After Denver restructured its electric-car purchase incentives to give buyers a rebate up front when they bought an electric car—instead of months later when they filed their income taxes—sales increased 50 percent, and are sustaining double the average growth rate for plug-in cars. Colorado is the latest state to announce that it will join California's emissions standards.

The next closest city, San Francisco, has less than a quarter the number. Electric cars have about double the market share in San Jose than they do in its neighbor to the north. San Jose is also the closest large city to Tesla's factory in Fremont and its headquarters in San Jose.

The study notes that among the top 50 cities for plug-in car sales, the average market penetration is 1.6 percent, which is about two and a half times the rate in the rest of the country.