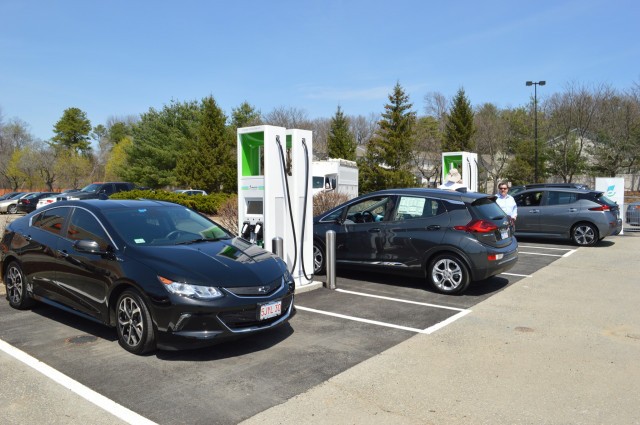 It sometimes seems as if everyone who buys an electric car lives in California. That's especially true from the perspective of officials in the Northeast, who have signed on to California's emissions regulations and zero-emissions vehicle mandates, yet see few electric cars sold in their states.

One problem has been that states in the Northeast don't have as much infrastructure to support electric cars as California does, making long-distance trips almost as adventurous as a cross-country trip in a 1909 Maxwell.

Despite being one of the major population centers of the U.S., Northeastern states also haven't spoken with one voice when it comes to planning and advocating for long-distance charging infrastructure.

Now, as Electrify America rolls out a fast-charging network on par with Tesla's Superchargers for other electric cars, 12 Northeastern states from Virginia to Maine and the District of Columbia, are banding together to help direct investments to best aid electric-car drivers in the region.

In conjunction with their "Drive Change. Drive Electric." marketing campaign, the states have made public their strategy to encourage investment in fast chargers for heavily traveled interstate corridors as well as public Level 2 charging infrastructure that includes in multi-family housing.

Electrify America recently switched on its first fast-charging station in Massachusetts as part of a four-year, $1.2 billion investment outside California in building a nationwide charging network. (It will spend another $800 million in California.) The states will direct that spending and will add another $308 million that they and regional utilities have earmarked for the effort.