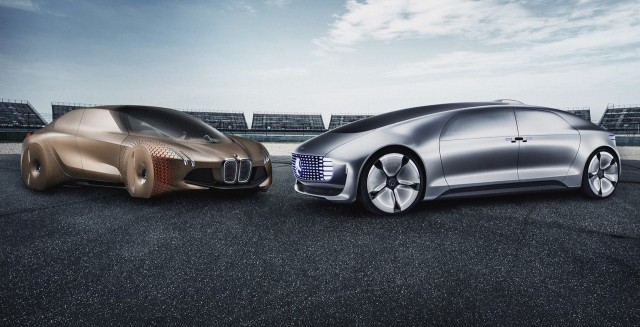 Audi plans to introduce four new plug-in hybrids at next week's Geneva auto show. A drive in the Nissan Leaf Plus reveals how far electric cars have come in nine years. Electric motorcycle maker Zero has a novel way to get faster charging and longer trips on an electric bike. And German prosecutors fined BMW for its diesel emissions—but it may not be what you think. All this and more on Green Car Reports.

A look back at the first modern production electric car, compared with its latest versions shows the progress electric cars have made in nine years. Range has tripled for a little more than a 20 percent price increase.

Audi announced some details on four new plug-in hybrids it plans to reveal at the Geneva auto show next month: the Q5, A6, A7, and A8.

German prosecutors announced a $9.6 million fine against BMW for violating emissions standards with some of its diesel cars. The sum is a tiny fraction of that levied against Volkswagen, because prosecutors traced the problem to a mistake rather than intentional cheating.

Meanwhile, the German company is pairing up with rival Daimler to work on self-driving cars.

Finally, after a driver dozed off behind the wheel of a speeding Tesla Model S driving on Autopilot, police are pleading with automakers who make self-driving systems to make the cars recognize when they're trying to pull one over.