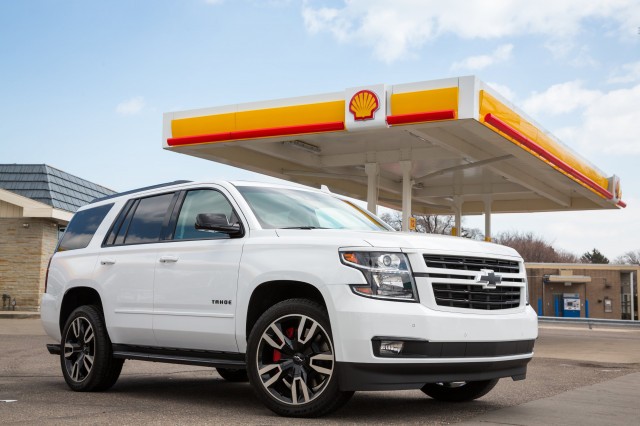 Shell gas payment in a 2018 Chevrolet

A sizeable stock of used Tesla Model Ses may make a good alternative for those on the waiting list for a Model 3. Audi reveals details of its upcoming e-Tron electric SUV, including its big battery. VW burnishes image with a revamped logo to go with its upcoming lineup of electric cars. And in honor of Earth Day, we ask automakers: Why the focus on fuel cells when plug-in cars are getting so capable? We also ask readers: When will we see "tailpipes" on cars as morally wrong? All this and more on Green Car Reports.

If you're tired of waiting for a Model 3, consider a used Model S, instead. We show you how.

Audi gets us into the weeds with details of its new e-Tron electric SUV, with a giant battery and really fast charging.

Volkswagen works to spruce up its sooty image following the diesel emissions scandal.

We ask automakers to tell us the future of fuel-cell cars, and whether they will actually compete with battery electrics. They give us answers.

We also asked anew the question: When will society look on dirty tailpipes the same way we look on cigarette smoke today?

Jaguar-Land Rover is developing a system that lets cars see around corners.

Finally, Chevrolet develops a system that lets drivers pay for gas right from their dashboards.