GM’s national electric car plan may not be all that, scientist argues

Home Industry News GM’s national electric car plan may not be all that, scientist argues 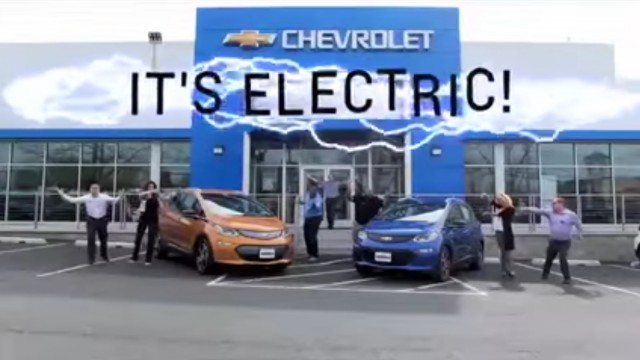 GM is a leader in electric cars and is expected to be the second automaker to reach the 200,000-vehicle limit on tax credits for its buyers.

The plan was widely praised among environmentalists, who have lamented that so many electric cars are available only in California, seeing that as a limitation to the market.

Not so fast, says David Reichmuth, a senior clean-vehicles engineer at UCS.

GM's proposal, he says, could actually reduce the number of electric cars sold by setting lower targets, by focusing marketing efforts in states where they are likely to be less successful, and by giving automakers too much influence over the program.

– Specifically, GM's program would require fewer than 5 percent of electric cars nationwide to be electric by 2025, while California already requires 6 percent market penetration.

– The proposal gives automakers an out if either battery prices don't continue to fall as anticipated or if widespread charging infrastructure fails to materialize. Yet investments by automakers have been a primary driver of both trends. Tesla's Supercharger network is one of the largest in the U.S., and Volkswagen subsidiary Electrify America is planning one of the next biggest networks. Many charging networks have automakers as investors. Ford, BMW, Mercedes, and Volkswagen have partnered to build the largest network in Europe to aid in marketing their electric cars.

Similarly, automakers' investments in battery suppliers—and contracts to buy higher volumes of batteries for more new models—have been one of the primary factors driving down battery costs. The largest battery factory in the world is owned by Tesla.

If automakers back off these investments—because of an economic downturn, for example, or to focus on private charging stations for car-sharing or autonomous fleets—it could trigger a legal provision allowing automakers to sell fewer cars.

GM hasn't included such provisions without reason. It argues that large vehicles and autonomous and car-sharing fleets may save more energy than compact and individually owned cars and should therefore count for more credit under the program.

Perhaps the biggest problem with GM's proposal, Reichmuth argues, is that it would replace the EPA's current greenhouse gas limits for cars—reflected in higher fuel economy standards. Since most cars for at least the next decade are likely to be powered by gasoline, this could result in higher overall CO2 emissions under such a program, not fewer.

Implementing a national electric vehicle mandate has merit, the UCS notes, but Reichmuth says it should come in addition to existing state mandates, not in place of them.

Regardless of the merits of GM's particular proposal, it has resulted in sparking a needed debate.