Five electric cars tested in cold Norwegian winter: how did they do?

Home Industry News Five electric cars tested in cold Norwegian winter: how did they do?

Drivers in the parts of North America that get winter weather are deeply familiar with snow-clogged wheel wells, iced-in wipers, and weak batteries, to list just a few.

Our counterparts in Norway have exactly the same challenges in winter—but they're far further along in adopting plug-in electric cars, to slash the carbon footprint of the country's personal vehicles.

A lengthy and informative article on the Norsk Elbilforening site includes full descriptions of the tests performed, the charging routines, and what the test drivers found.

Oh, and author Ståle Frydenlund was kind enough to post it in English. 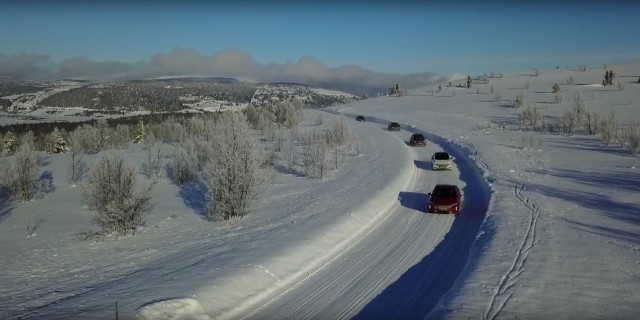 The piece is worth reading in full, and includes video clips—we're particularly impressed by the drone footage—one of which you can see at the opening of this article, in Norwegian with helpful English-language subtitles.

The conclusion of the test drivers was that "none of the cars is best for all" drivers. The best car for an individual driver will depend on how it's used, and that buyer's tastes and desire for comfort and amenities.

That said, the "most discussed" cars during the test were the Chevy Bolt EV-derived Opel Ampera-e and the Hyundai Ioniq Electric.

The South Korean car, the testers noted, delivered almost as much effective range in cold weather as the new-generation Nissan Leaf (despite the difference in their EPA-rated ranges: 124 miles vs 151 miles).

A further factor in the Hyundai's favor was its ability to fast-charge at up to 100 kilowatts under certain circumstances, higher than the 50-kw limit on the rest of the cars, including the new 2018 Leaf

"It is nice to drive a battery-electric vehicle that can handle the road trip without stopovers," writes Frydenlund . "But if you need to fast-charge underway, it is a massive advantage if the charging session actually is nimble." 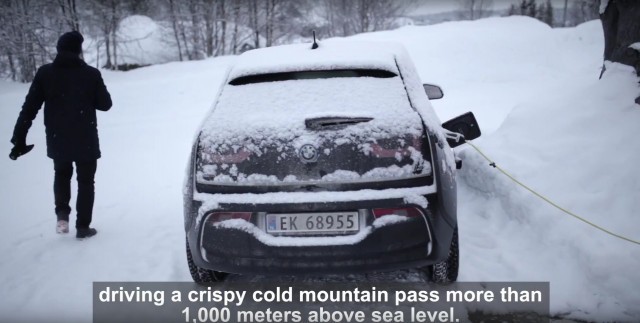 Regarding the new 2018 Leaf specifically, the club's test drivers were disappointed that it used considerably more battery energy than expected.

They suggested that perhaps its heat pump to keep the cabin warm was not as efficient as expected in truly cold temperatures.

The Norwegian test reached conclusions roughly similar to those of the German magazine AutoBild, which tested eight electric cars during cold weather in that country.

The magazine found the Ampera-e to have the longest range—no surprise, as it had the largest battery capacity—but the Ioniq Electric to be the most efficient, even at colder temperatures.