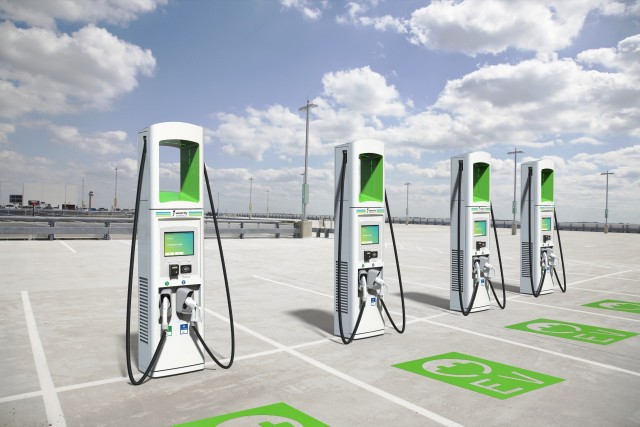 We've had a lot of news about new charging networks coming to the U.S., and it doesn't look like it will be slowing down any time soon.

Following the announcement last week that 100 Walmart stores would get electric car fast chargers, Electrify America has announced that it will install 2,000 additional fast-charging stations at 484 locations across the country.

DON'T MISS: Really fast electric-car charging stations coming to a Walmart near you

The locations will include Target and Alltown stores, Casey's General Stores, Sheetz gas stations and travel centers, as well as shopping centers owned by real-estate conglomerates Brixmor and Kimco. The first of these will be installed on Wednesday.

Electrify America is building a network to rival Tesla Superchargers that will serve electric cars from all the other automakers. It will give them the same ability to drive across the country that Tesla drivers already enjoy.

The chargers are coming now thanks to Volkswagen's settlement with the government over its diesel emissions scandal. 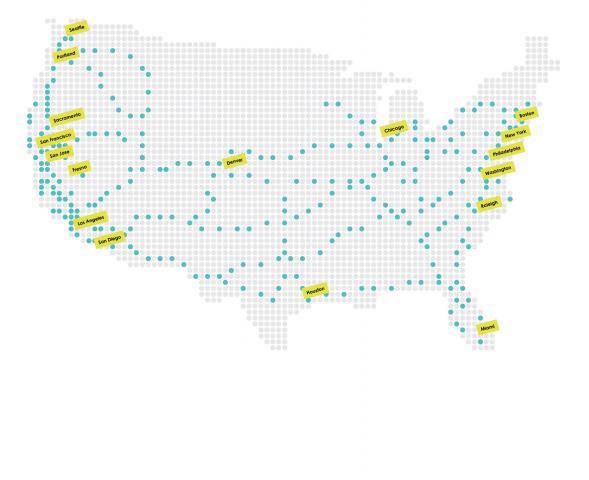 Under a consent decree with the EPA and California, the company agreed to spend $2 billion over 10 years to build a nationwide charging network for electric cars. Electrify America was formed to spend that money and build out the network.

The consent decree stipulates that the chargers have to be compatible with and accessible to electric cars made by any automaker.

This latest announcement, along with the Walmart release last week, constitute the bulk of the first $500 million phase of that rollout.

We spoke with Electrify America's chief operating officer Brendon Jones to get a get more detail on what the new network will look like, and whether to expect the kind of convenience that Superchargers now offer. In short, the news sounds encouraging for those who drive electric cars other than Teslas.

In accordance with the consent decree, the new network will roll out in phases, much like the Supercharger network did in the beginning.

CHECK OUT: Do cities have enough electric-car charging stations; are highways the 'last hurdle'?

The goal of the first phase is to expand electric car access to major travel corridors and within 17 metro areas across the country. These are mainly, but not entirely, in coastal cities.

At the end of the first $500 million investment phase, Electrify America also expects to have chargers spaced at approximately 80 mile intervals along two major cross country routes. Other cities and other routes will follow until the network is completed nationwide at the end of Phase 4 in 2025. Each construction phase is expected to last about two years, making the rollout a little slower than Tesla's, but just as comprehensive. 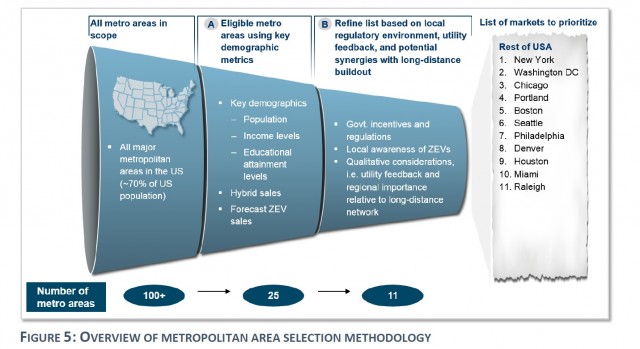 The new chargers will be grouped into three types of installations: along highways, within major cities, and throughout the suburbs around those cities.