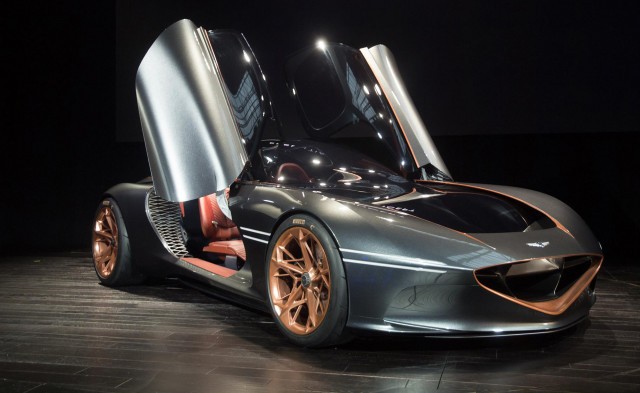 Today, we've got some history on a Classic Mini converted to all-electric, more efforts from China's government to promote plug-in cars, a new hydrogen station in California, and a (very short) first drive in the 2019 Jaguar I-Pace electric luxury crossover. All this and more on Green Car Reports.

Over the weekend, as we do every seven days, we ran down last week's most important green-car stories.

We also got an eagerly awaited first drive in the 2019 Jaguar I-Pace electric car, but it was limited. To four minutes. In a parking lot, through an autocross course. Still, we have some impressions.

China plans an aggressive effort to standardize electric-car technology, especially in charging, to make it easier for the country's carmakers … and drivers too.

Nissan is now offering refurbished battery packs for older Leaf electric cars, though so far, only in Japan.

Another debut at this week's New York auto show was the stunning, all-electric Genesis Essentia concept coupe. We've got a video preview of the Essentia too.

Finally, despite a starting price of almost $2 million, Croatia's Rimac C_Two electric supercar is almost sold out, the company says.