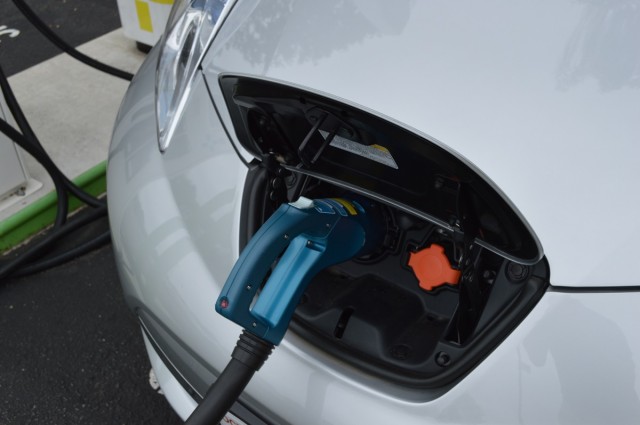 At CES earlier this month, GBatteries demonstrated that it could charge a 60-kwh battery pack, made up of off-the-shelf lithium-ion automotive cells, to half capacity in just 5 minutes, or to a full charge in 10 minutes.

Further, the company is aiming, with a technology that employs AI elements, to boost charging speeds without accelerating degradation and rendering electric-vehicle battery packs useless.

Such a technology could help lessen the effects of fast-charging battery packs in vehicles. The more often you fast-charge an electric-car battery pack—and the higher the charge rate—the higher the chances are that you’ll do irreversible damage to the cells within, and decrease the cycle life of the battery and its effective capacity.

The company’s hardware and software solution together smartly speeds up or slows down charging momentarily, depending on conditions inside the battery.

GBatteries hopes to license the technology to automakers and suppliers. Most automakers already monitor voltage at the cell level, and fast charging already uses DC fast-charging parameters communicated from the vehicle, so it may not be a complicated or expensive upgrade.

The project, according to TechCrunch, was born out of what the founders saw as a very short cycle life, and a high level of degradation, for phone batteries.

GBatteries’ funders include Airbus Ventures, Plug and Play, Initialized Capital, SV Angel, and Y Combinator. The venture is based in Ottawa, Canada, and has also received a $900,000 grant from the Canadian national government.

If this technology proves itself, it could potentially save consumers and automakers—as well as keep costly, resource-dependent energy cells in use much longer.