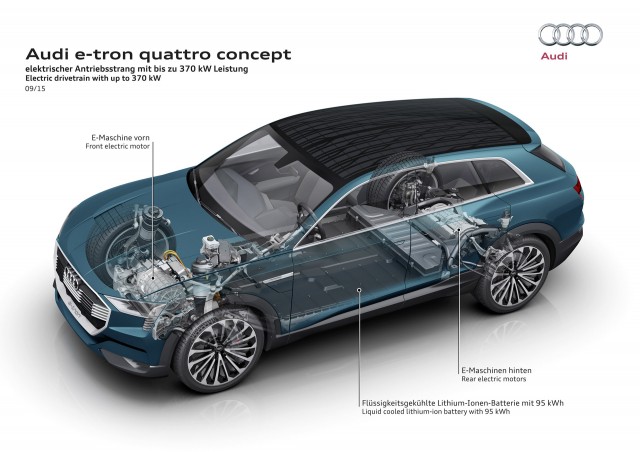 After having the car's formal debut interrupted by an arrest, Audi announced that it will begin taking orders for its all-electric e-tron SUV on September 17, the company said last week.

The car's formal debut August 30 in Brussels was postponed after Audi CEO Rupert Stadler was arrested by authorities in Germany for his role in a widespread emissions cheating scandal.

Now the unveiling has been rescheduled for San Francisco on September 17 and Audi said it will take orders for the car online the same day.

The German company seems to be taking another page from the Tesla playbook, demanding a $1,000 deposit before potential customers can place their orders online.

After that, e-tron reservation holders will be able to track their orders on a special website to see when their cars will be built, shipped, and delivered. Audi says the first cars will be delivered in early 2019.

Audi will reveal final specs on the car a the September 17 event, including the final range numbers. Initial estimates peg the range at about 250 miles for U.S. buyers.

The e-tron quattro will be the first electric car on the market with available 150-kw DC fast charging, which Audi says can recharge 80 percent of the car's big 95-kwh battery in 30 minutes.

At the event in September Audi says it will also detail its future electric-car plans, which are expected to include adding electric power to 30 percent of its lineup, and building two more electric cars by 2020 including a coupe-like version of the e-tron and a compact electric car.