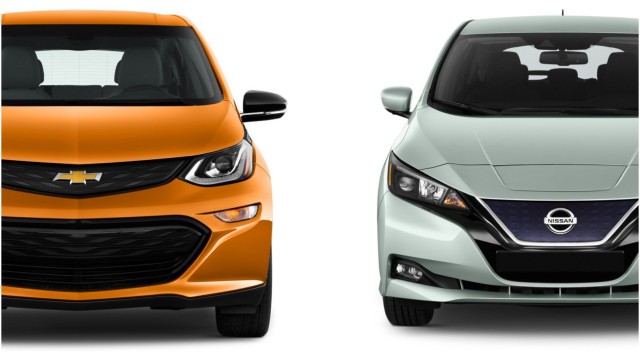 We’re a long way from peak electric car, but we’ve finally left base camp. Big strides in battery capacity mean that picking between the 238-mile 2019 Chevy Bolt EV and the recently boosted 226-mile 2019 Nissan Leaf Plus comes down to a dozen miles of range.

After a week behind the wheel of both electric cars, I’m not sure there are a dozen reasons to buy the Chevy over the Nissan.

When it went on sale last year, the Leaf impressed us with its refinement, but its subpar 151-mile range made it hard to rationalize over the Bolt EV. The Leaf Plus arrived earlier this year with a 62-kwh battery pack and a more powerful electric motor for acceleration in the same 6-second league (0-60 mph) as the Bolt EV. 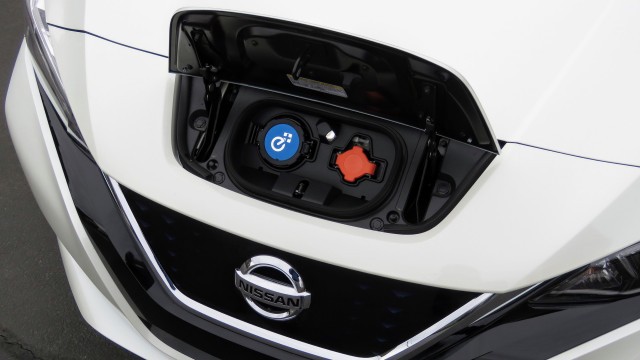 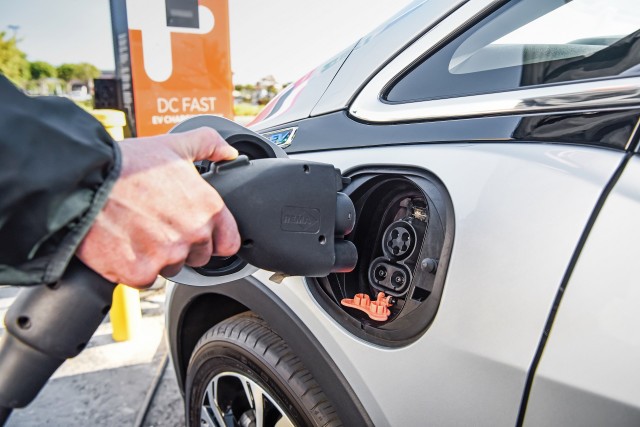 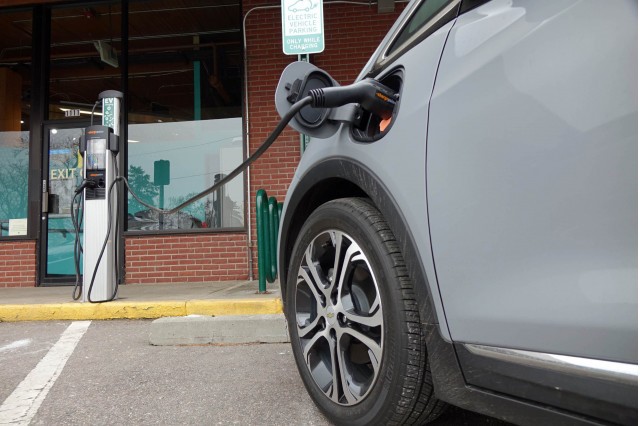 Otherwise, the Leaf Plus impressed me with its performance and especially its one-pedal driving. The e-pedal toggle switch that sits just ahead of the flimsy plastic shifter in the Leaf Plus transformed it around town. I watched the car’s estimated range increase as I descended hills, all without the head-jerking motion I felt in the Bolt EV. Chevy’s awkward Regen on Demand switch on the back of one steering wheel spoke proved a gimmick until I took the small hatchback on a mountain drive and found it useful for descents.

In the range-topping Leaf Plus SL and Bolt EV Premier trim levels I tested, the two cars ride on 215/50-17 Michelin Energy Saver tires. By my ears, the Leaf keeps tire roar out a little better than the Bolt EV, though they’re both pleasantly quiet vehicles thanks in part to the lack of powertrain rumble. The Bolt EV rides softer, but the Leaf controlled road motions better on rough pavement around town. 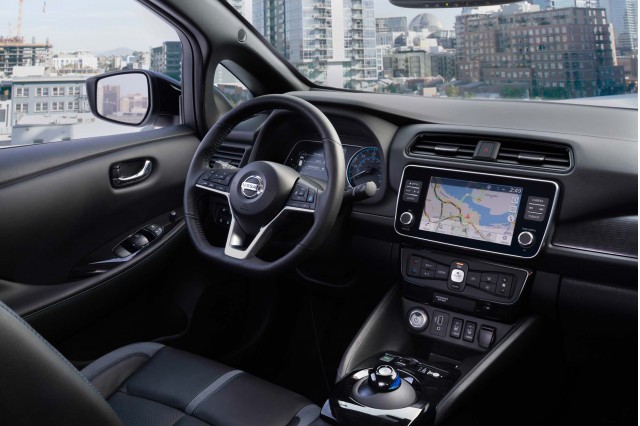 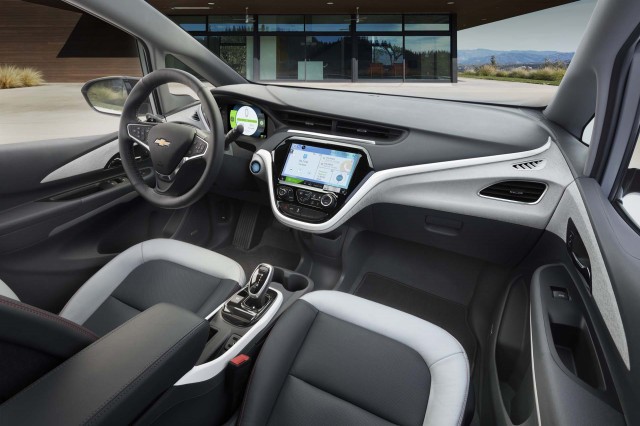 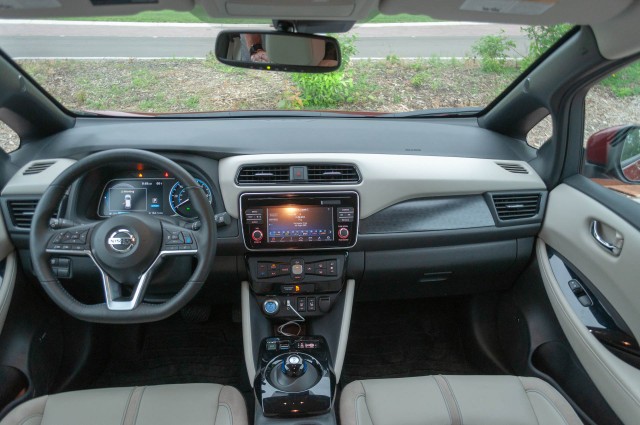 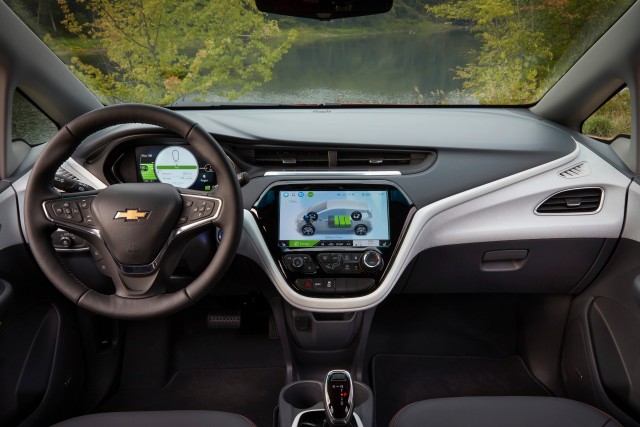 Rear-seat riders will find easy access in both, though long-legged folks will be marginally happier once they’re in the back seat of the Bolt EV, which comes with a heated bench and has a roughly three-inch leg room advantage over the Leaf Plus. The Nissan is longer—by a foot—but that extra space mostly went into the cargo area. With the rear seat upright, the Leaf can swallow 23.6 cubic feet of cargo compared to just 16.9 cubes behind the Bolt EV’s rear seat. That alone may swing in the Nissan’s favor for many shoppers.

The first Leaf was a cheap hatchback with a battery pack and an electric motor bolted in, and it felt like it. The latest Leaf feels like a more complete package. The SL Plus we drove stickered at $43,445 including its $895 destination charge. The equivalent Chevy Bolt Premier sells for $41,895 including destination.

Also of note for value is that now, those who buy the Bolt EV will only be eligible for a $3,750 federal EV tax credit, while those getting the Leaf Plus can still claim $7,500. Chevrolet is currently offering big discounts on the Bolt EV. 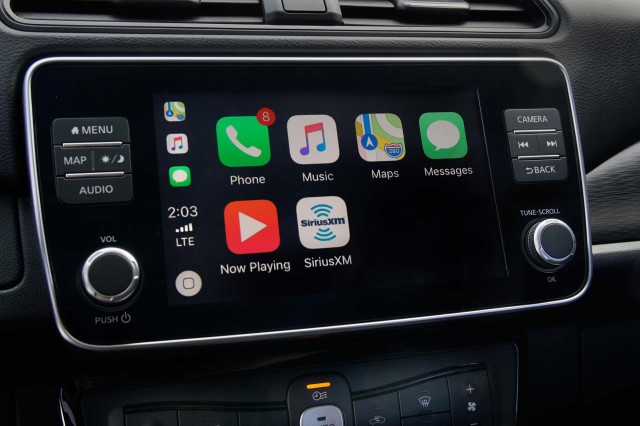 The Bolt EV doesn’t use the intuitive infotainment software found in most General Motors cars. Instead of simply giving that software a couple of electric-car-specific pages, Chevy installed software that proved distracting and slow to react in my drive. I wound up using the standard Apple CarPlay compatibility, which fills most of the 10.2-inch touchscreen when activated.

Truthfully, the software in the Leaf is only marginally better, though the additional hard buttons flanking its 8.0-inch touchscreen for commonly used features nudge it ahead.

The Leaf Plus does more with less, at least until it’s leapfrogged by the next electric car.