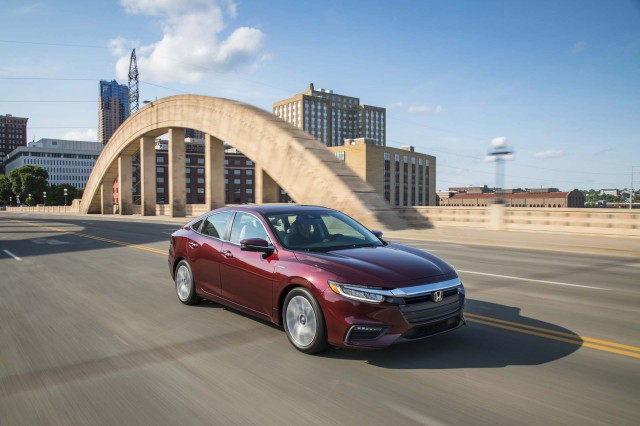 We take a broader look at the 2019 Honda Insight. GM works to create an ultra-fast charging system for the Chevrolet Bolt EV. We explain how readers can make themselves heard about the EPA's proposed freeze in fuel economy standards. And will electric cars displace hybrid vehicles? All of this and more on Green Car Reports.

The 2019 Honda Insight has put the Civic on notice. In fact, we say it's not just a better hybrid, but a better compact car.

GM is working on a fast-charging system for the Chevrolet Bolt EV. Ideally, the automaker wants to add 180 miles of range in 10 minutes.

The public comment period for opinions and concerns over the EPA's proposed fuel economy freeze closes October 23. We explain how readers can make their voices heard.

In our new Twitter poll, we ask if electric cars will one day supplant the market for hybrids.

Apple's self-driving car program has seen its first crash. A human driver rear-ended the self-driving car in California as the autonomous vehicle slowed to a crawl on a highway merging lane.